Hey everyone! Sorry for being a little MIA last week! It was a long week due to some bad fried rice I consumed…so I just took it easy and actually kind of enjoyed my week off 🙂 I’m back though this week with TONS of projects in the works and excited to share with you these fun Watermelon Pudding Pops that I made over the weekend! I should preface this by saying…they’re not watermelon flavored, just watermelon “looking”. So if you’re seeking a watermelon flavored pudding pop, you won’t find it here. Sorry! 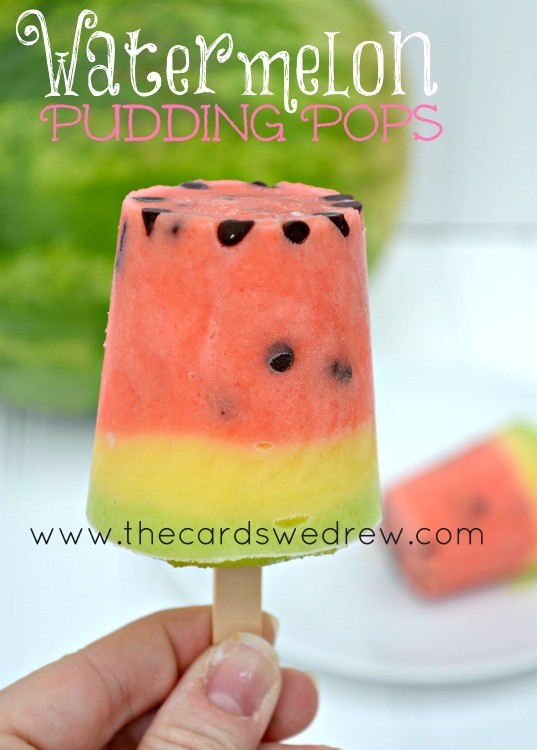 These took MINUTES to make!

Here’s what you need: 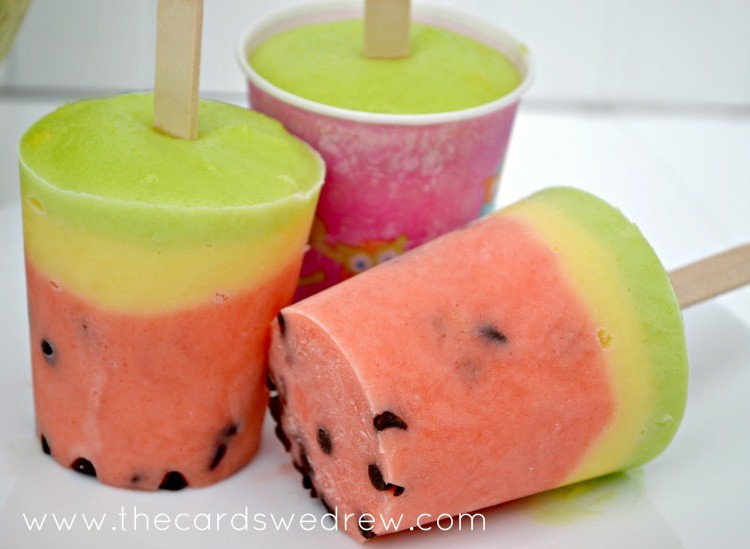 The idea is easy. First I used one large bowl to mix the 2 boxes of vanilla pudding in. I made it per the box instructions mixing 4 cups of cold milk and stirring for several minutes until it set up. Once the pudding is ready, I grabbed two other smaller bowls. In one bowl I added about to 1 1/2-2 cups of pudding and in another I added a similar amount.

In the main big bowl, I added about 1/4-1/2 the box of strawberry JELLO to the bowl. This will be the biggest amount of pudding you use because the pink is the main part of the melon. I mixed the JELLO mix into the pudding until I was happy with the color. The overall taste is still really muted with the vanilla pudding, so you don’t really have to worry about the taste getting too overwhelming. After I got the color I wanted, I added about a cup of mini chocolate chips and stirred thoroughly.

Next I added a small amount of the green JELLO to the smaller bowl of pudding set aside and stirred it until well mixed. Keep adding the lime JELLO until you’re happy with the color. Again, it doesn’t get too overwhelming with the flavor and kind of tastes a little like key lime pie.

Finally in the other small bowl, you just leave that pudding alone! It’s your “white” part of the pudding pop.

I set out my Dixie cups, spooned the strawberry/pink pudding into the cup until about 3/4 full and then layered the white next and the green after that. Finally, I stuck a stick in it and put it in the freezer for several hours until frozen!

That’s it! There’s no real art or science to the quantities you use and I made it this way on my first try! The two boxes all together yields about 7 pudding pops. 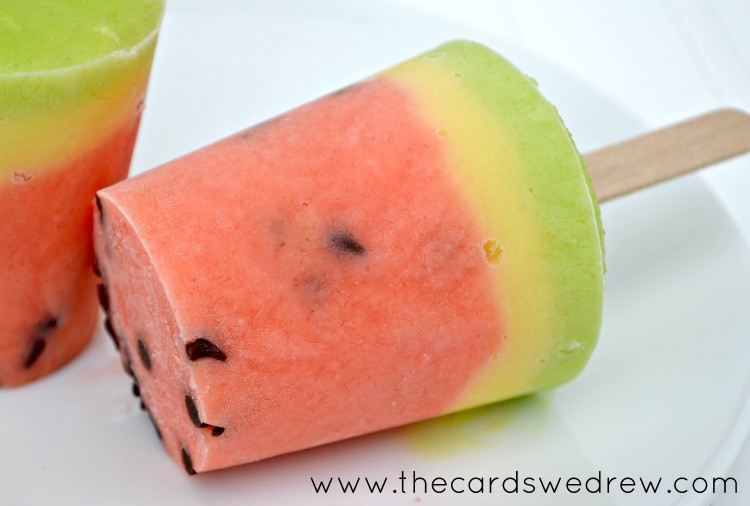 And if you’re looking for another fun popsicle idea…try my Rainbow Popsicles! 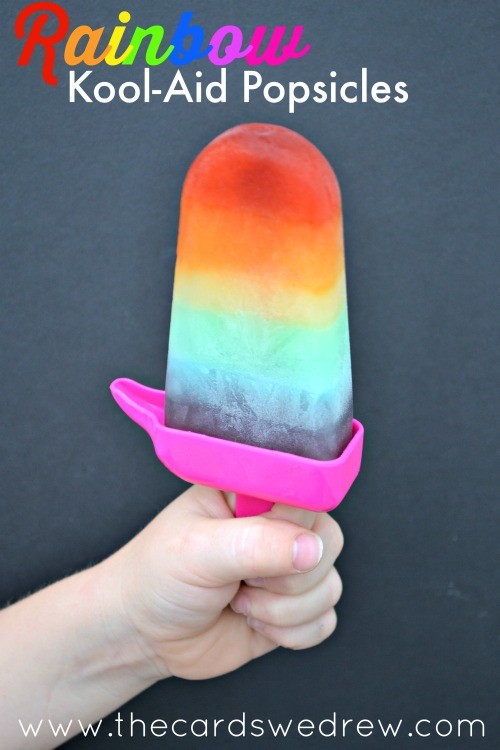