This is a sponsored post written by me on behalf of PAM Cooking Spray.

We just finished up our last trip to Texas with just THREE of us before the little gal arrives in a few months. While we were there we celebrated an early Thanksgiving with my husband’s family and I got to try out an easy dessert dish my mom and I came up with a few months ago on the fly. I wasn’t sure if it would be any good the second time creating it…but it was JUST as good as before! Everyone loved it, so I’m SO excited to share this recipe with you just in time for Thanksgiving. Here’s my homemade Apple Strudel Pie Recipe AND at the end of the post you’ll get your own chance to win a Le Creuset Pie Dish and can of PAM Cooking Spray! 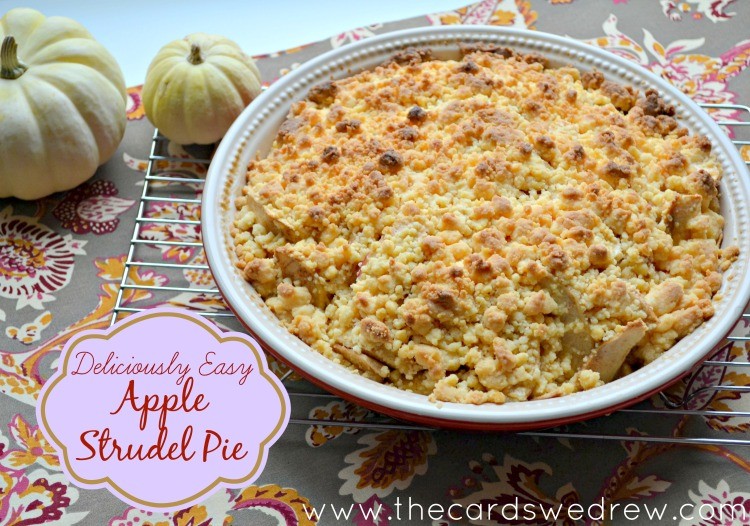