I’m SO excited to finally be sharing the surprise anniversary party we hosted for my parents last month! It was such a fun event and we had family from all ends of the country come in to celebrate, which made it super extra special. I’ll share details from our party, as well as my suggestions for how to celebrate a parents anniversary at home and how to plan an anniversary party on a budget! I also have some easy anniversary party decoration ideas, as well as the best place we found for affordable catering in Columbus, OH….City BBQ. So much fun stuff ahead, but let’s start with the background… 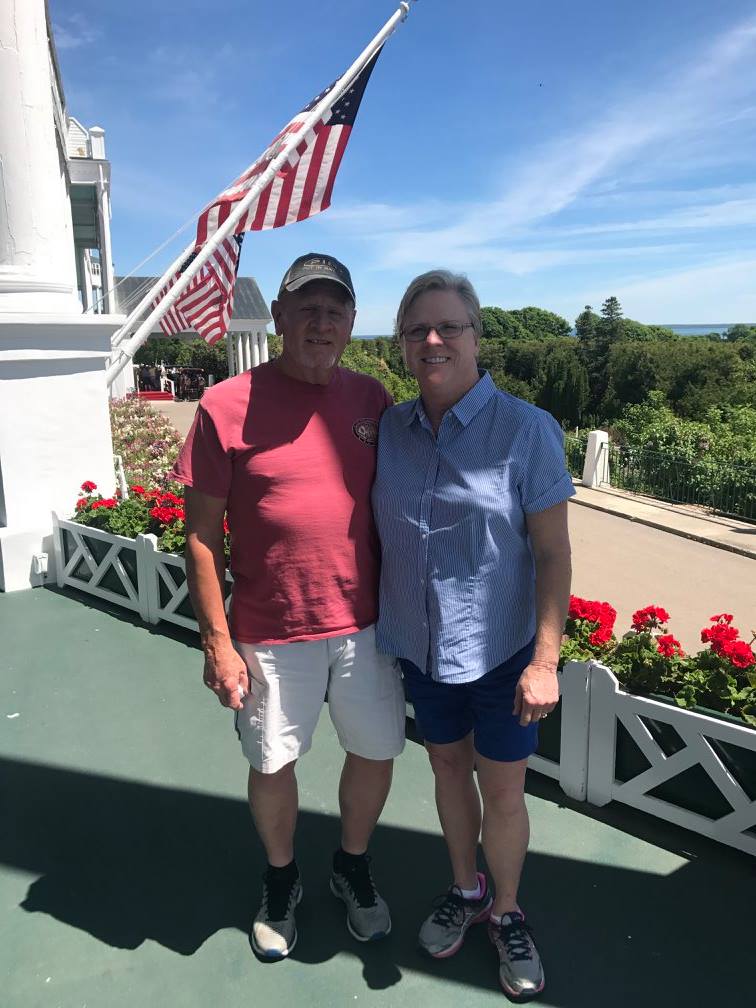 These are my parents. They’ve been married 40 years now. My dad actually came to me this time last year and told me he wanted to host a surprise anniversary party for my mother. At first, I kind of just thought he was joking, but as the months went on I realized he was really excited about this, so I got on board and got planning. My dad financed the whole party and I played party coordinator, which if you’ve read my blog for a while, you know I love a good party!

So in December 2017, I started sending out party information to all my family (my mom is one of seven kids) letting them know that in August 2018 we wanted to get everyone together. Amazingly enough, we had the WHOLE family come to the event at my house, which was nothing short of amazing. All the siblings had not been together in one place at the same time since my grandmother passed 13 years ago.

Fast forward to June, July, and August 2018 and we were in crazy party planning mode! My husband and I had a long list of things we wanted to do around the house before everyone arrived. We spent hours working on our outside gardens, finishing small projects around the house, and just decluttering and organizing.

Then the big day came…which is why you’re all here.

And this is where I inundate the post with 100 photos of the party….

We rented a tent, tables, and chairs from a local party supply place. They set it all up a few days in advance so we had plenty of time to decorate. I purchased white lanterns for $1 each and hung them around the edges of the tent, which is such a simple way to add a big impact to the event. 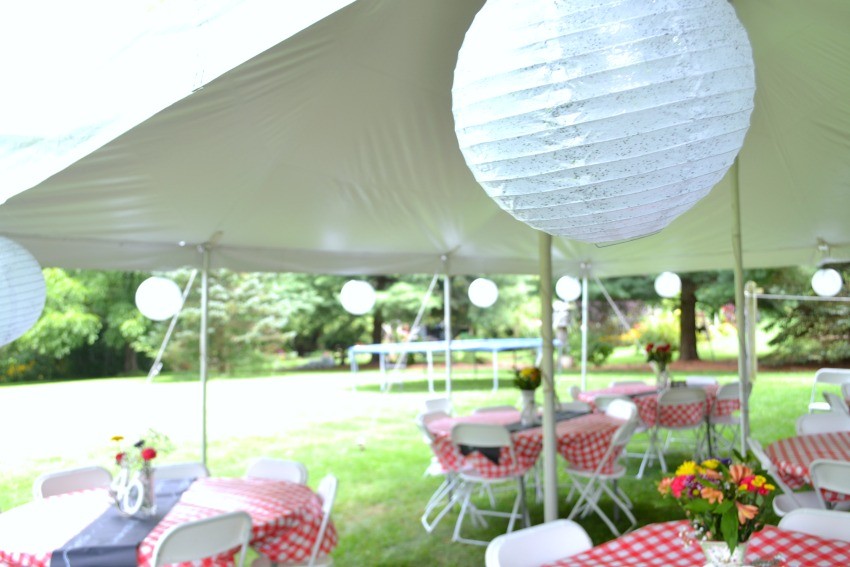 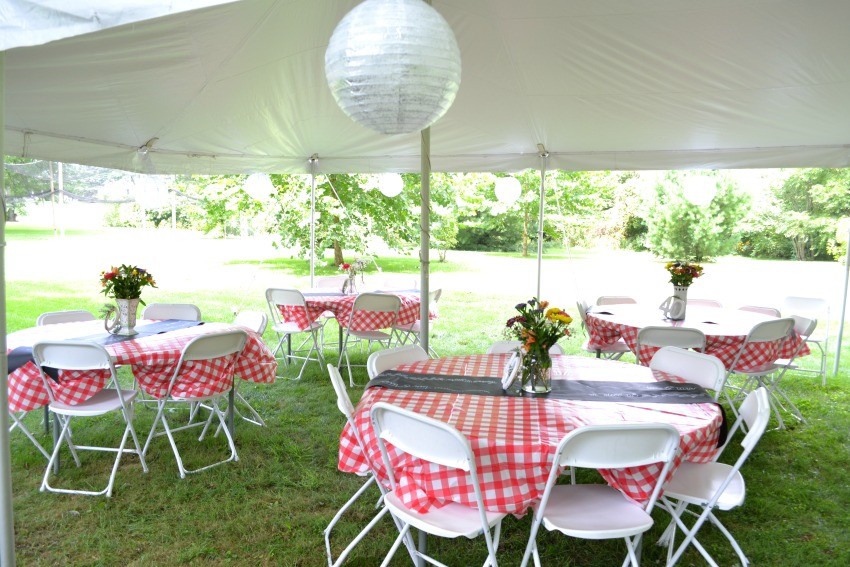 I purchased THESE checked tablecloths from Amazon for all the tables for a great price. Then I purchased paper chalkboard table runners from Party City (similar product HERE) and I used white chalkboard markers to personalize them with “Cheers to 40 Years” and “Tim and Tina”.

I purchased inexpensive $10 bouquets from the local grocery store and we put them in vases that my dad had given my mom flowers in over the years. I made cute little “40” centerpieces to lean up against the flowers (link to tutorial below). 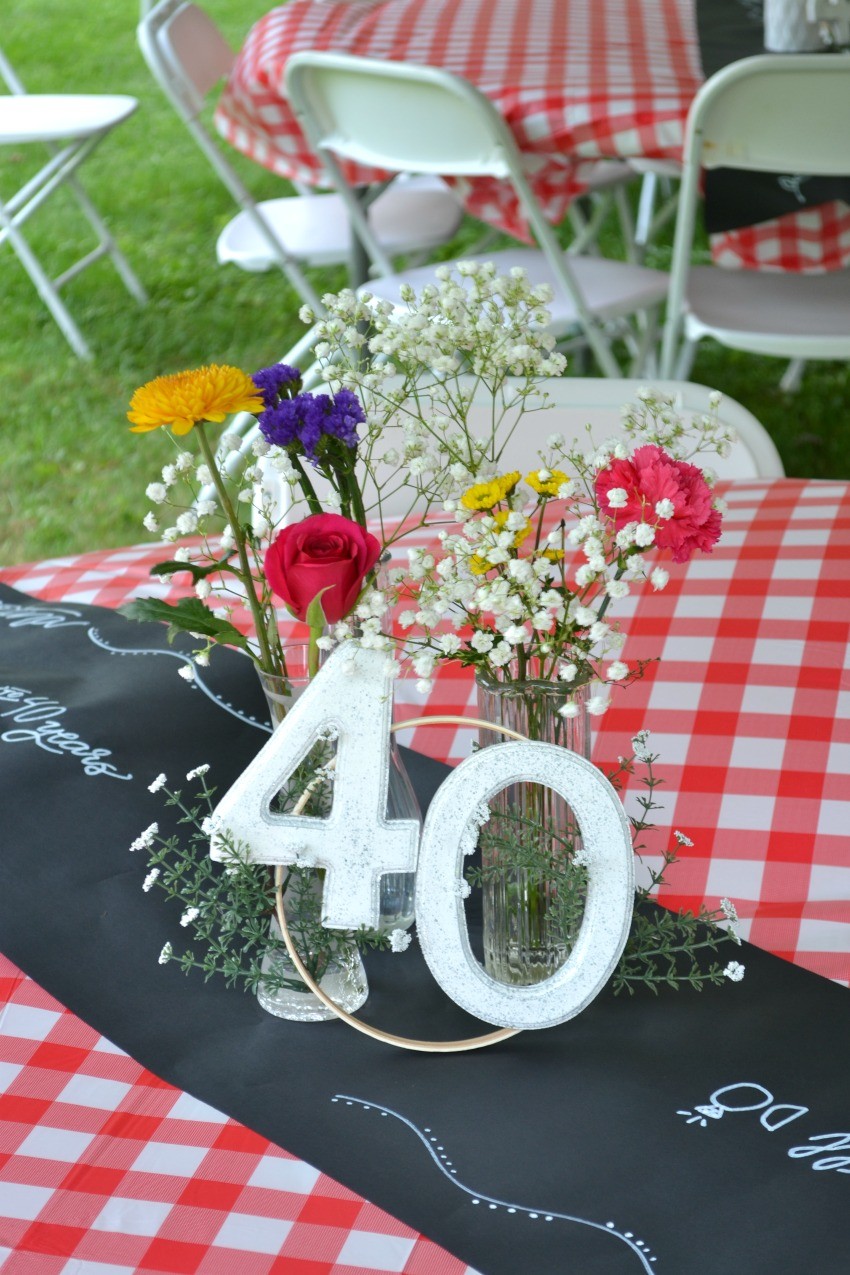 Get this centerpiece tutorial here! 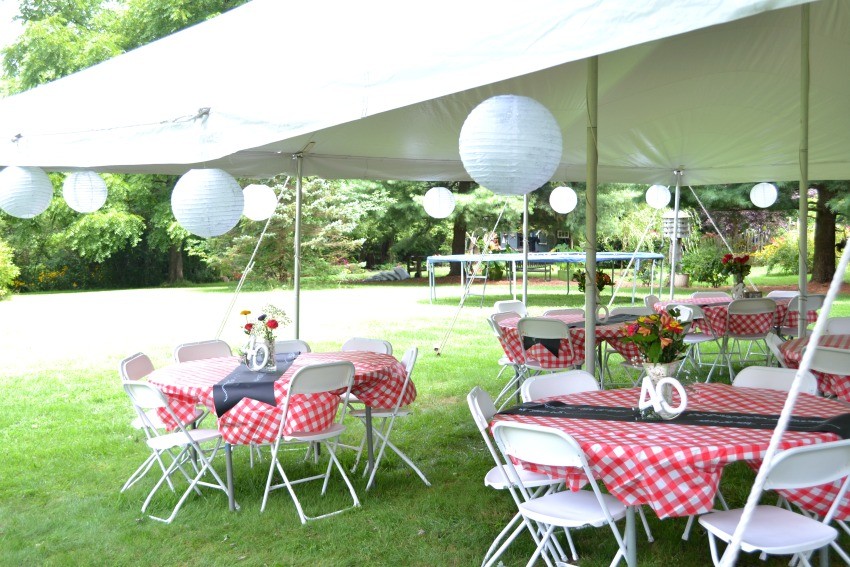 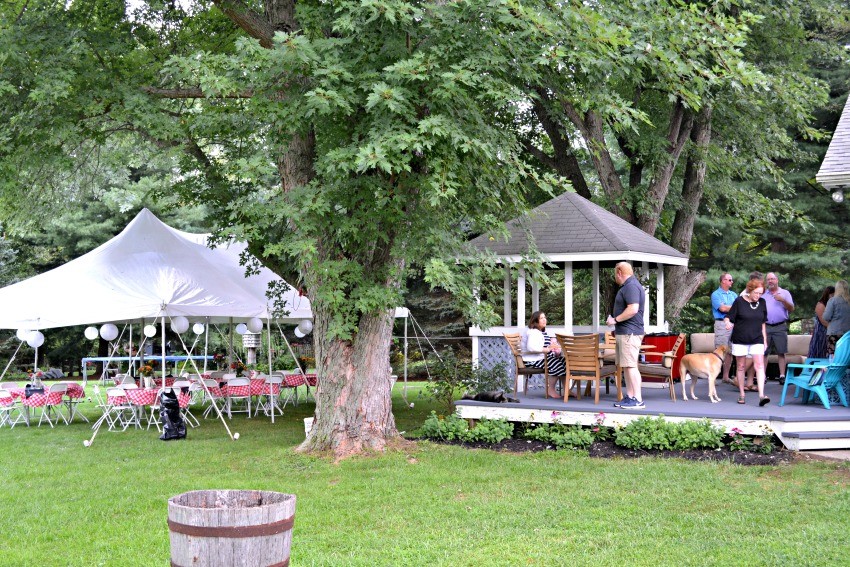 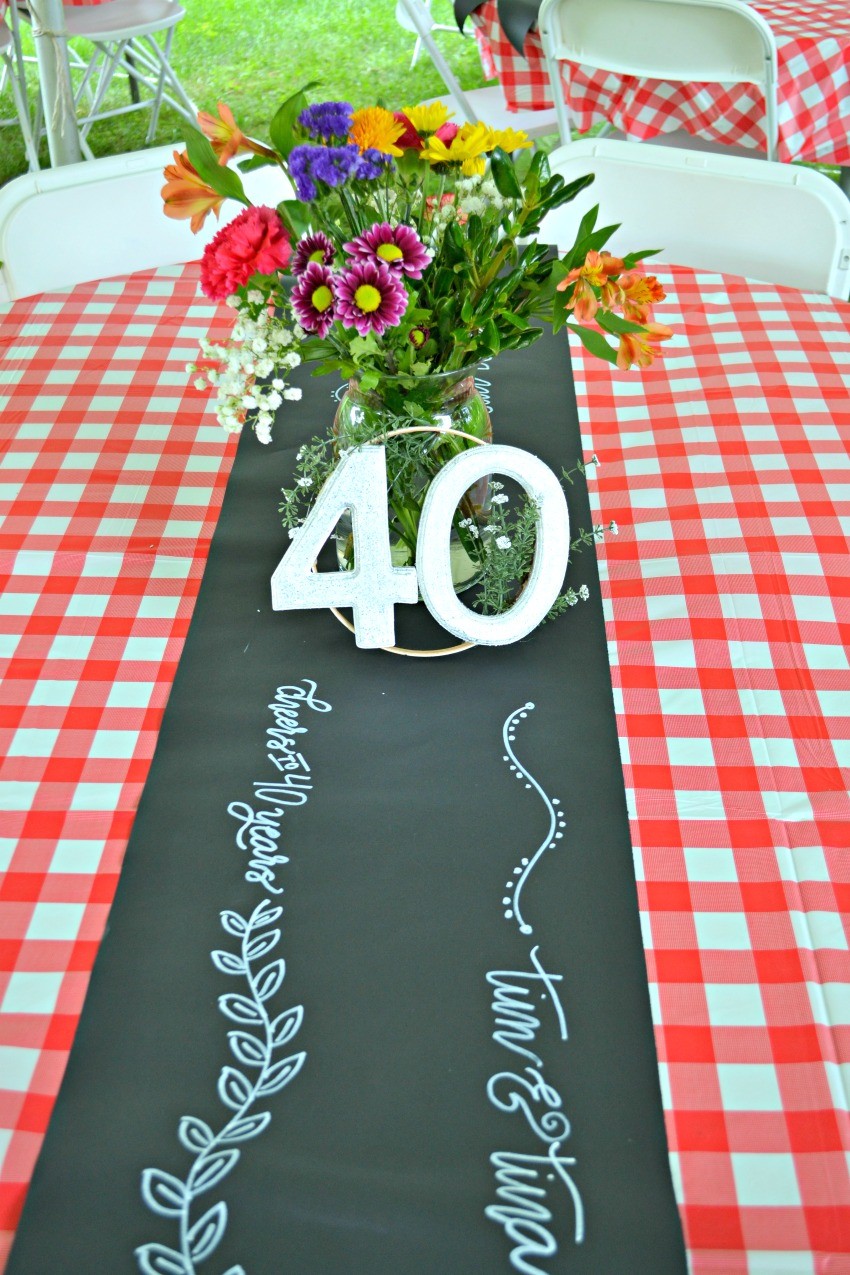 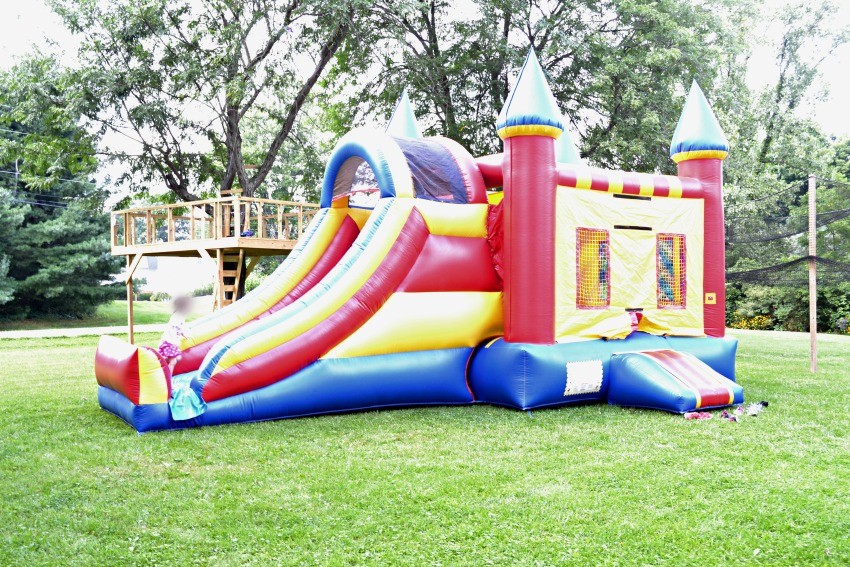 We rented a bounce house for the kids to play on so that they were entertained while the adults could sit and talk…which ended up being a GREAT decision. I also set up bubbles and sidewalk chalk, as well as inflated a few balls for them to kick around. 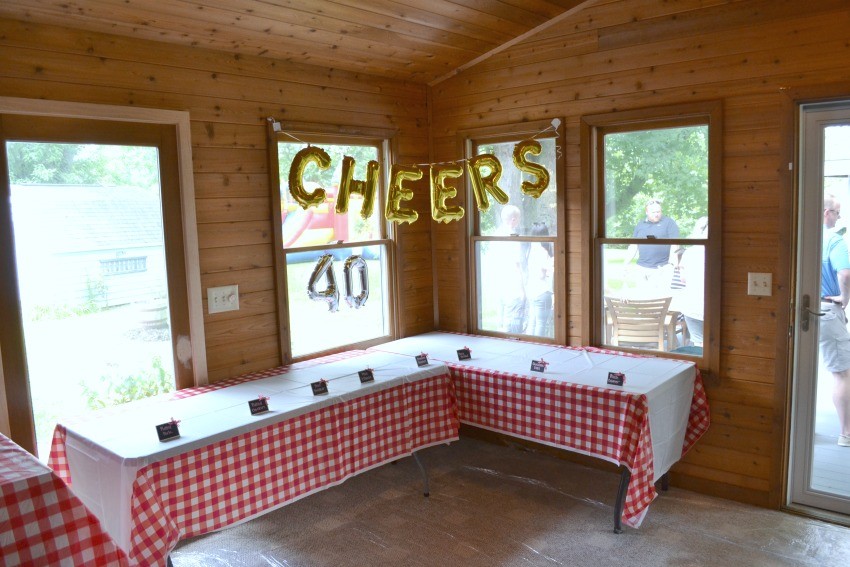 I cleared out my sunroom and set up a few tables inside to have the food and protect it from bugs. One of the BEST decisions we made for this party was to put down Carpet Protecting Film on the carpet before the party! We got ours at Lowe’s, but you can find similar self adhesive products HERE on Amazon. This was perfect because when it rained that night it didn’t do any damage to my carpet when my guests were coming in and out. SO worth the money and took about 2 rolls for my 300 square foot room.

In this room I hung up a CHEERS and 40 balloon set I found at Target for $5. 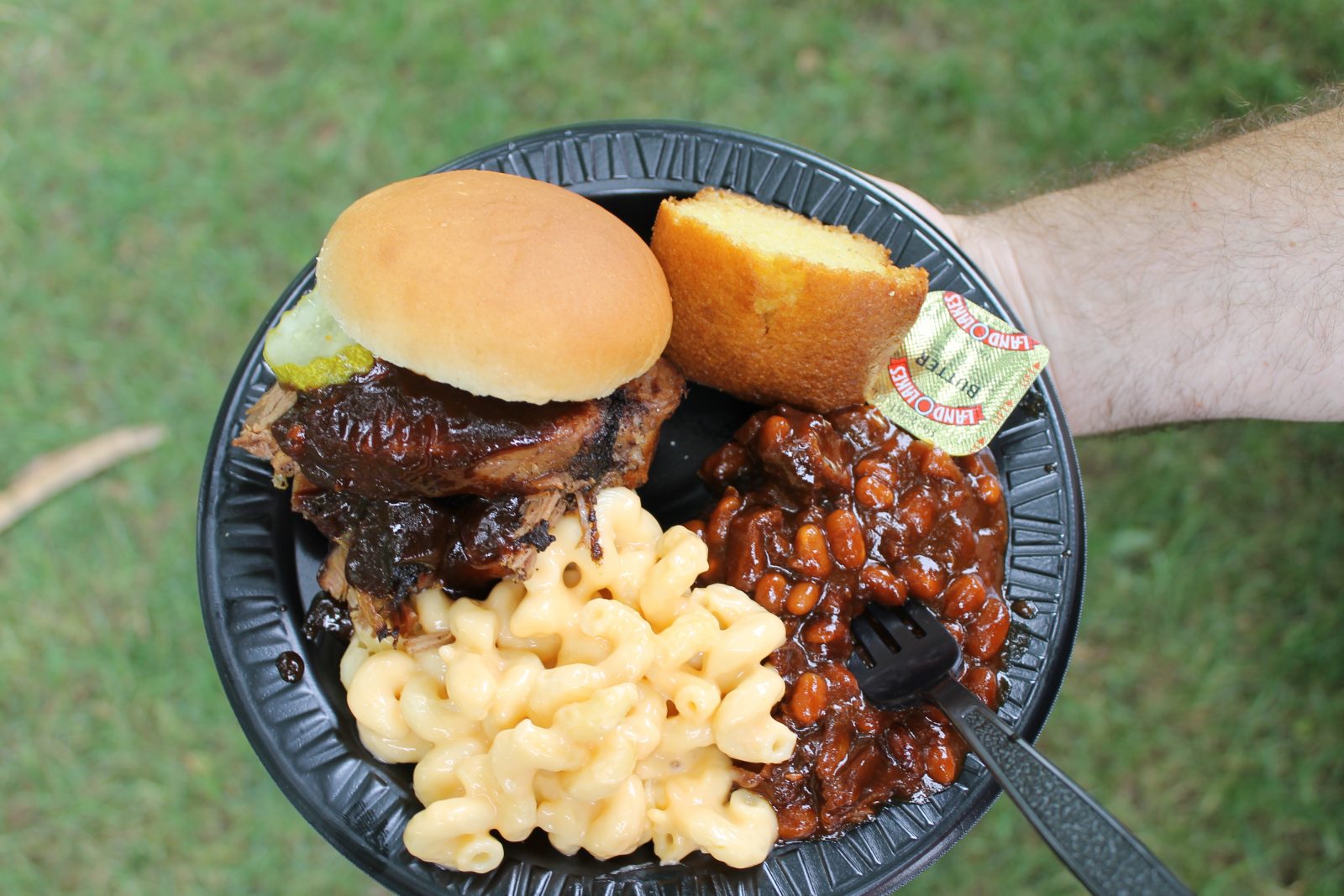 No “I Still Do BBQ” Anniversary Party is complete without great local BBQ! We found a great affordable catering idea in Columbus, OH and ordered off of City BBQ’s Catering Menu for the party. They made it seamless for us. I picked up three appetizers the day before the party and then the day of they brought the full dinner and dessert. 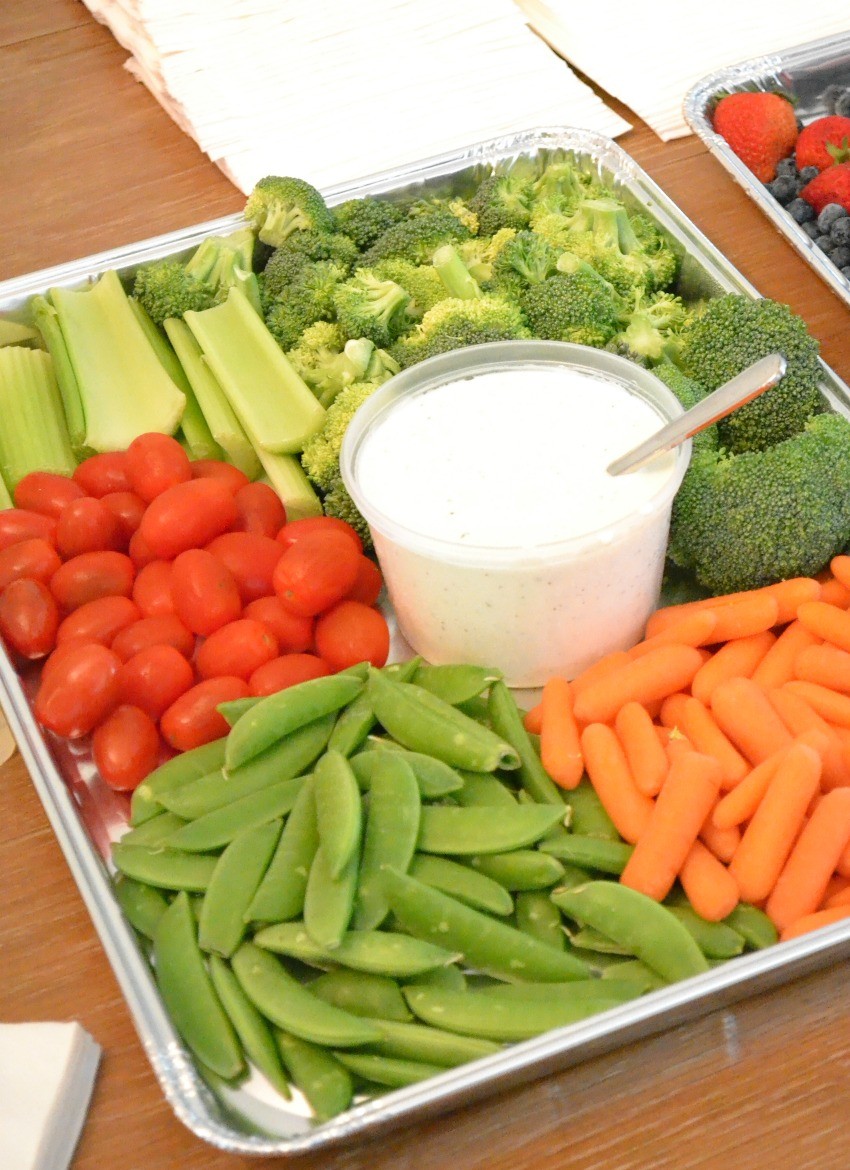 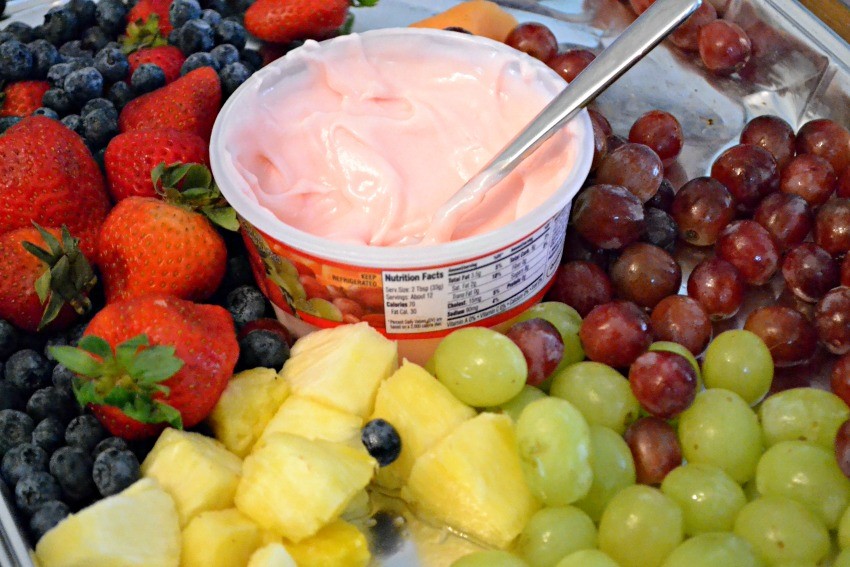 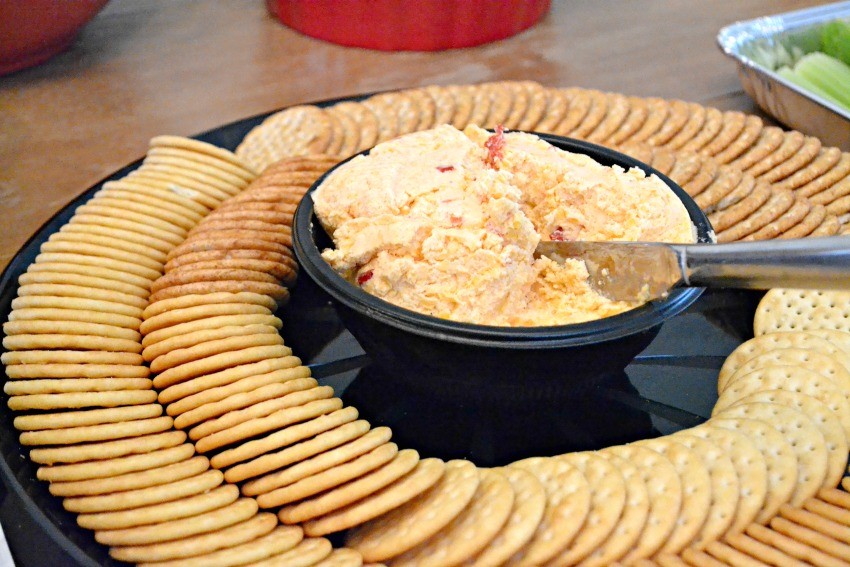 Since this was a surprise party, the guests arrived about an hour before my parents did, so we had lots of appetizers on hand and I also purchased some small sub sandwiches along with chips and pretzels. Then we waited til about 5 p.m. to serve the actual dinner. 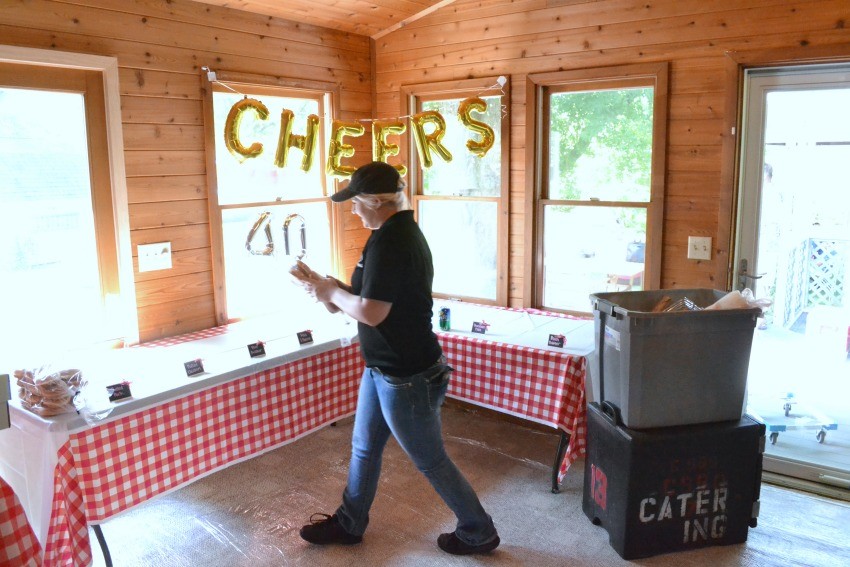 City BBQ is a great restaurant caterer in Columbus, OH and they arrived right on time and delivered and setup all the food. They have stands that are setup with warmers underneath them that last several hours and keep the food the perfect temp, After the party is over, you just pitch everything and you’re done! 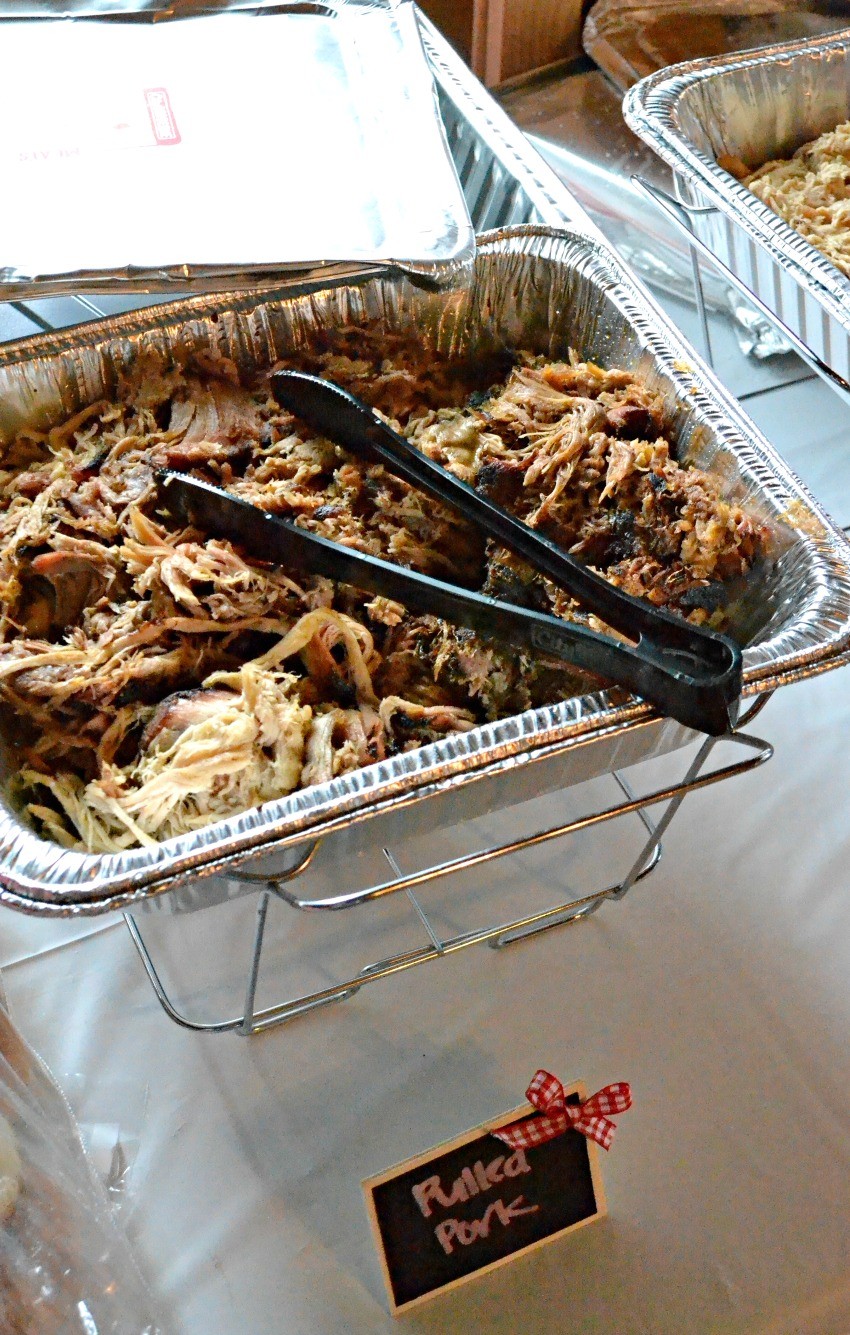 10 Reasons Why Travel is Good for Mental Health

The 11 Best Stroller Wagons and Where to Find Them 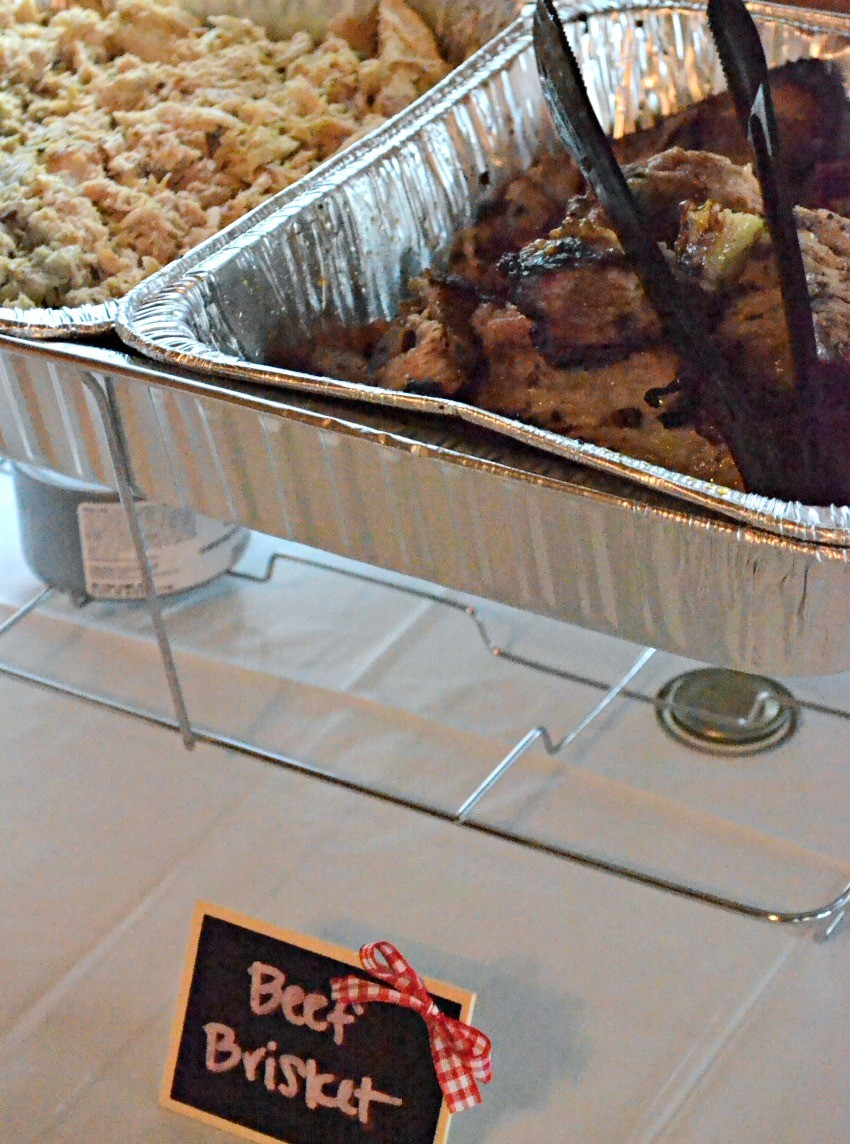 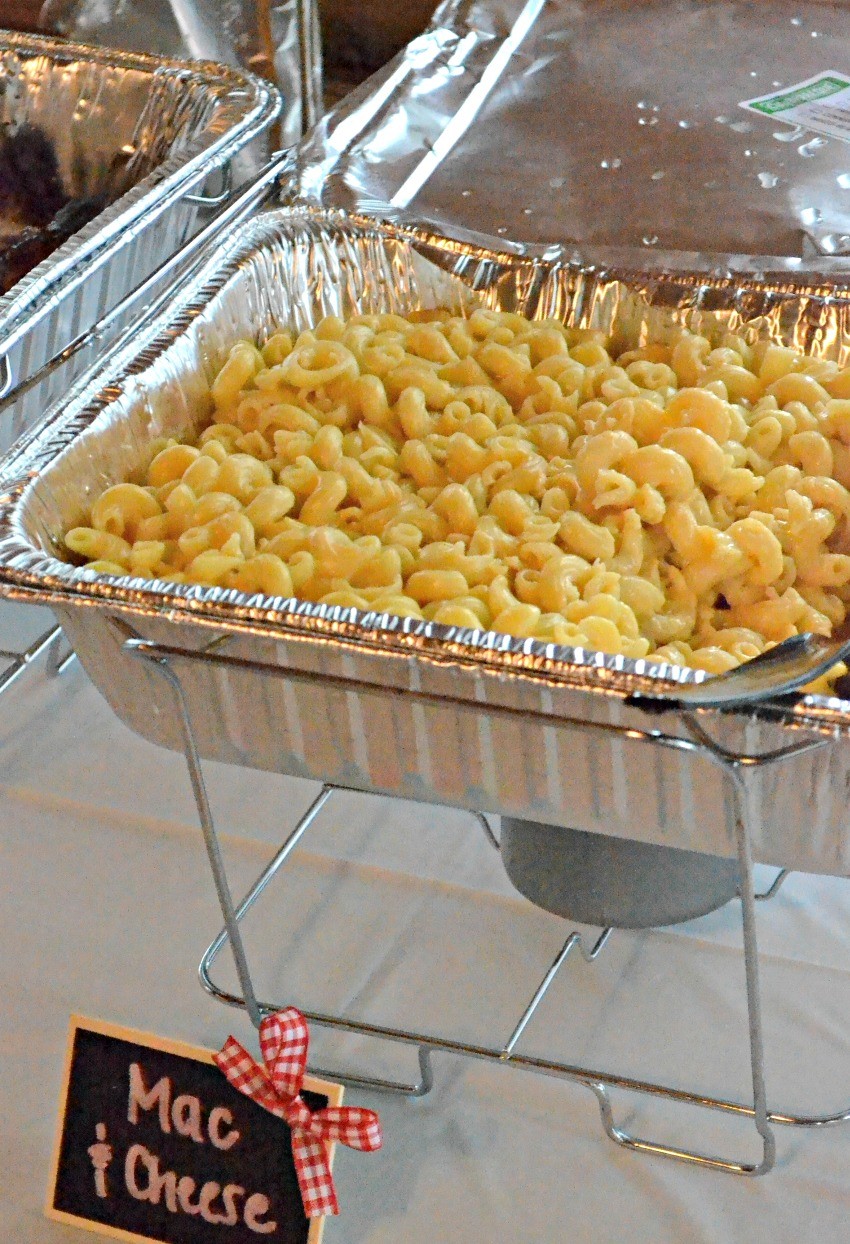 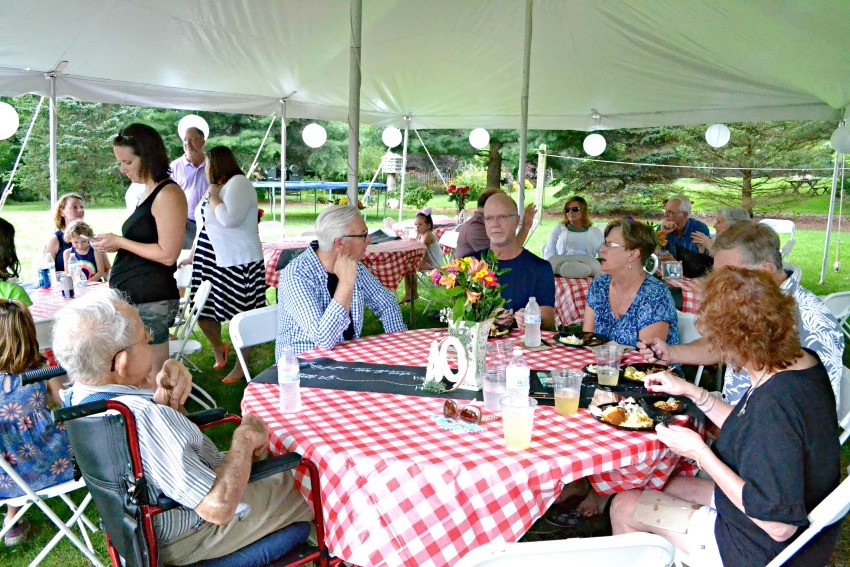 For the party we served (all from City BBQ):

City BBQ provided all the serving utensils, plates, and napkins for the event, as well as a variety of BBQ sauces, buns, and toppings for the sandwiches. They seriously made it SO easy to feed a crowd of 50+ people. All I did was set up the tables and linens, as well as set out some food labels and they did the rest. Everyone loved the food, but the most favorite menu item by far was the brisket! 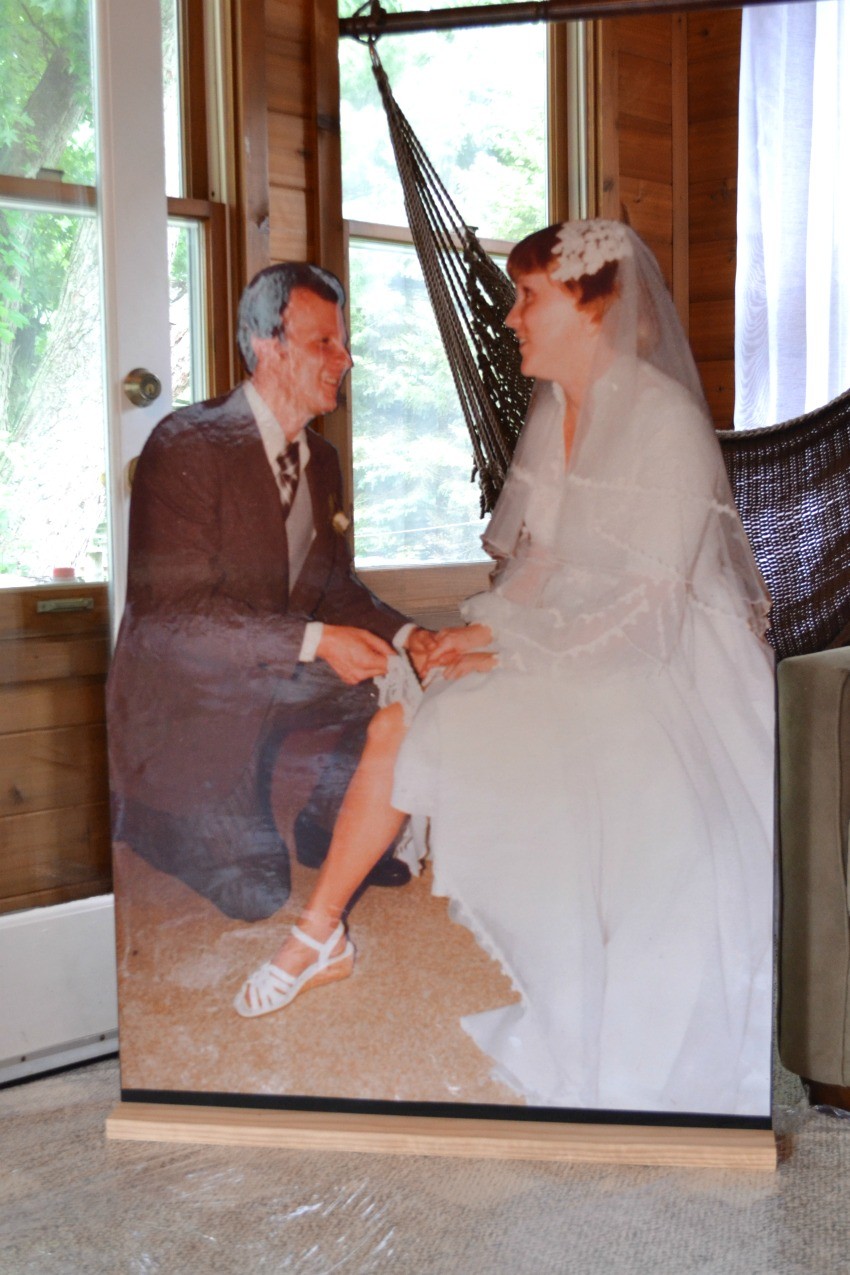 Another fun personal party decoration was this sign my dad made my mom using a photo from their wedding day. He printed the picture on photo paper and adhered it to a board (using mod podge) that he cut out himself. Then he made a simple stand for it to sit in. Everyone got a huge kick out of the the whole thing.

Honestly, this day ranks right up there as one of my favorite days in my life…most of the family was there and my mom’s reaction was amazing. She got to spend the weekend with her siblings for the first time in years and everything was just perfect (except for the weather LOL). 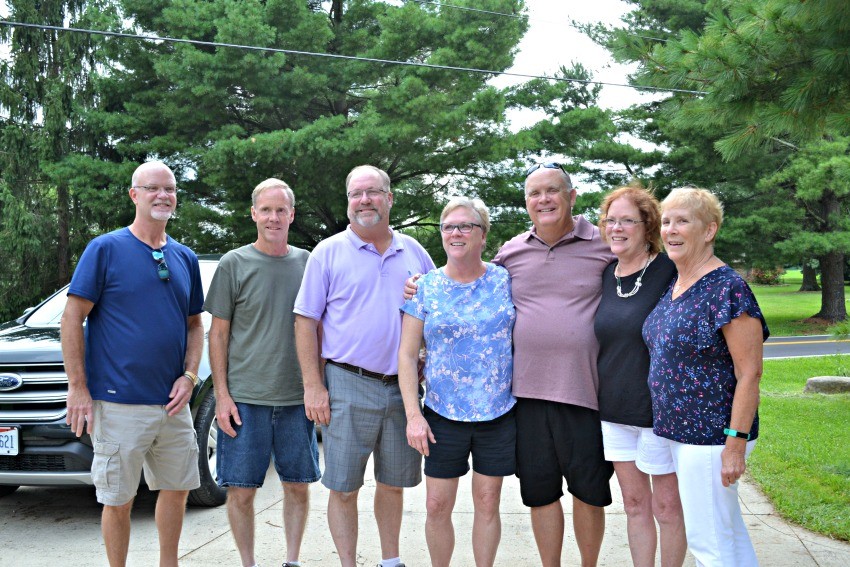 Need some help planning an anniversary party for your parents?

As amazing as they day was, it was also one of those moments where, after months and months of planning, we were happy that it was finished. We had a great and exhausting weekend, but it definitely prompted us to want to get the family together again sooner this time.

Leave me a message in the comments if you have any questions about our party.

Special thanks again to City BBQ for catering this event.

10 Reasons Why Travel is Good for Mental Health

The 11 Best Stroller Wagons and Where to Find Them