So I called up my aunt, who’s the authority on homemade pie making, and got a really good basic apple pie recipe from her. But apple pie, well, as much as I LOVE apple pie, I wanted to spruce it up a bit and add my own take on it. So here begins the birth of the Carmel Crumble Homemade Apple Pie!!

I would like to preface this post with this little tidbit…I did not INTEND for the above photo to be my pie beauty shot, but, well, life happens and five minutes after intragramming this little photo…I dropped my UN-PHOTOGRAPHED finished pie while transporting it to the fridge. It folded in half on me. Have no fear though, I was able to salvage half the pie, taste tested, and blogger approved…it was DELISH! So much so I’m contemplating going out and getting more apples to make another.

So anyways…there’s my story and I’m SO sorry I don’t have a “beauty” shot of the pie for you (every bloggers worst nightmare).

Preheat your oven to 450 degrees. Start by cutting and thinly sliced your peeled apples. Mix apples with sugar, flour, and cinnamon and set aside. Unwrap 10-12 Kraft caramels and put in them in the microwave long enough to get them soft, but not runny. Put the caramels at the bottom of your pie crust, then put the apples on top. Bake the pie in the oven at 450 degrees for 10 minutes, then reduce heat to 350 degrees and bake for another 30 minutes. At the 30 minute mark, remove your pie from the oven and sprinkle one cup of yellow cake mix evenly across the top of your pie. Then use thin slices of butter evenly spread out across the pie to make the cake mix turn into crumble. Place back in the oven at 350 degrees for another 10-15 minutes. Remove your pie and bask in the deliciousness and smell! 🙂 Let cool and serve with vanilla ice cream! Enjoy! 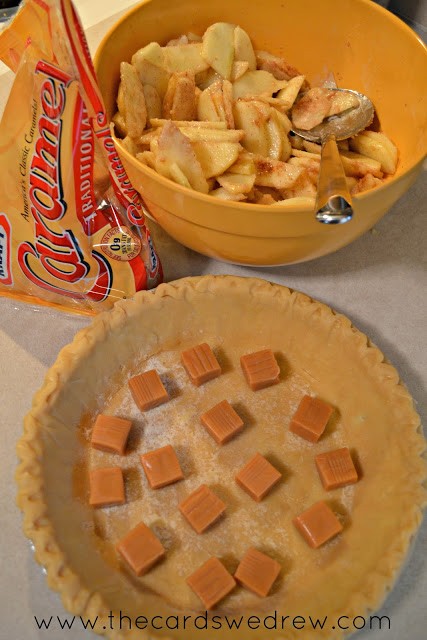 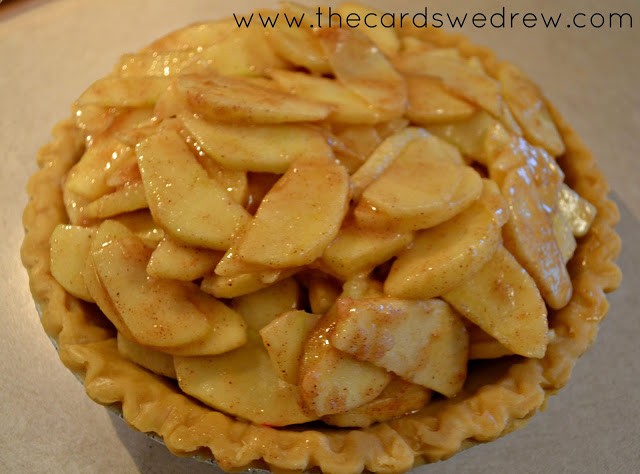 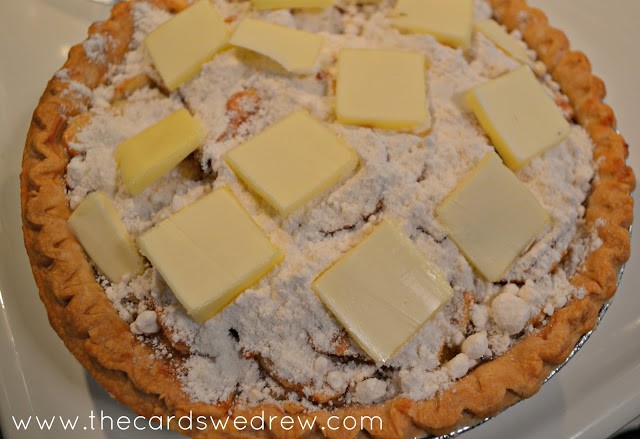 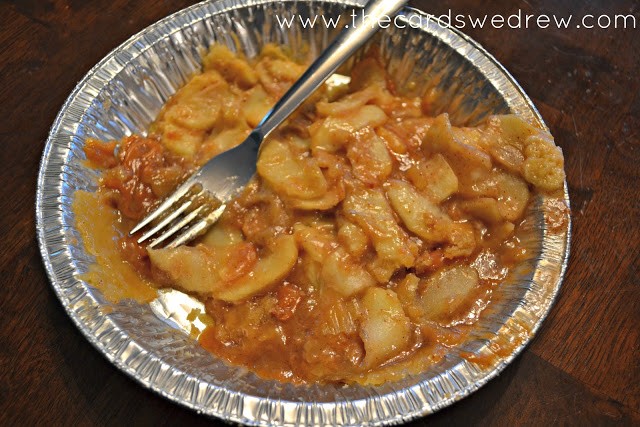 This is what your pie looks like after you drop half of it all over the floor, but still decide to eat the remaining just to make sure it’s tasty! 😉
Share310Tweet194Share78