We had a fun summer cookout with some friends last Friday night and since we threw it together so quickly, I didn’t have a lot of time to make the food unique, but I did want a fun dessert for afterwards. So I came up with S’more Pudding Cups, which are SUPER easy and WONDERFULLY tasty. 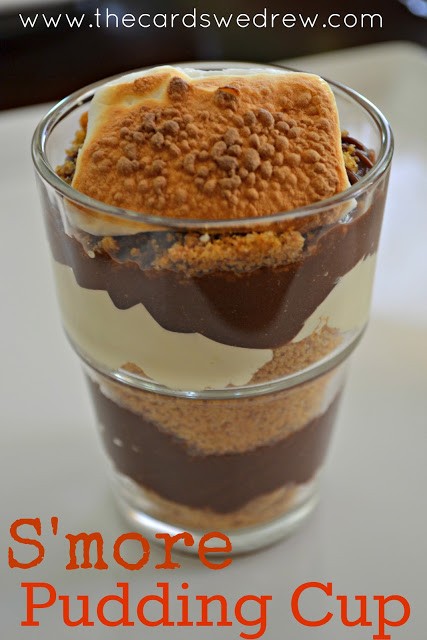 I start by making instant chocolate pudding, which calls for 3 cups of milk to one pudding packet. This is so fast and easy to make.

Then I mix together my graham cracker crust with some sugar and butter (til you get a nice consistency) and put it in the over for about 8 minutes on 350 to bake it a little bit. Once pulled out, make sure it has a good taste and adjust as needed.

I used little cups I have from Ikea and started by layering the crust at the bottom, the pudding on top, followed by COOL WHIP on top of that. Then I started over again with the crust and pudding and then instead of COOL WHIP on top I took a flat marshmallow (yes, they make them flat and rectangular now!) and I stuck it on a fork. Then I turned on a burner on my stove and warmed it over the burner until it got gooey and cooked and I put it on top of my pudding cup to make it pretty and fun.

THAT’S IT! Took me about 15 minutes to make all of my pudding cups!

And to make my desserts even more exciting I ordered some little grill cake pops from Autumn Lynn’s Chocolate Sins on Etsy (who’s located in my town…I’m so lucky). 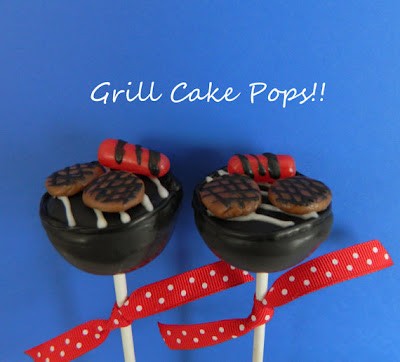 So overall, the cookout was a TON of fun and I had so much fun with our friends. 🙂