Do you remember the day you found out you were pregnant? I’m on my second pregnancy now and I can remember each day I found out like it was yesterday. With my son, in 2009 we were trying, so it wasn’t a HUGE shock to find out we were pregnant, but there was still that “WHAT THE HECK…” feeling when I confirmed what I already knew.

Knowing that there is a little tiny being inside of you is pure joy, as well as pure terror for the first time mother. I was shocked, excited, overwhelmed, scared…a whole range of emotions ran through me those first few hours, but the nice thing was that there was no doubt in my head I was pregnant. I could FEEL my body changing before I even found out. I even left work early that February day because I just KNEW that something was different.

Then there was this past June. Completely different situation, my friends. My husband and I weren’t trying, but let’s just say we weren’t taking precautions either. We knew we wanted another one soon, but we were in no rush. My body is pretty cyclical (without getting into too much detail here) and a day or two in a busy week went by and I realized my cycle had not started yet. I kept thinking maybe I’d just got my days wrong, so I let about 4-5 days go by and it dawned on me again my period hadn’t started. It was the Friday before Father’s Day and as I was brushing my teeth I wondered if I should possibly take a pregnancy test just to confirm I wasn’t pregnant…because well, I REALLY didn’t think I was.

I had one old Dollar Store pregnancy tests (yes, exactly $1 for the test) under my sink from a few months before when we were actually trying, so I took the test, put toothpaste on my toothbrush and started brushing my teeth. I watched as the test started to take and showed what I initially thought to be a negative result. I had already thought it would be negative, so I kept brushing and finally bent down to rinse my mouth and glanced at the test as I was bending down to see a POSITIVE result. I about spit the water out of my mouth and just stared at the test. I think my exact words were “Holy, s**t.” I stared at the test for several minutes and then somehow convinced myself it was wrong…I was brushing my teeth and I saw that negative, so clearly I had splattered water on the test or done something to mess it up. And the worst part?? I didn’t have another test! AHHH! The humanity.

I thought to myself, get  yourself ready, dressed, drop your son off at school and then go to the pharmacy and get another test…a good one. One that will surely show the negative result I thought it would. So that’s what I did. I ran into a CVS, grabbed another test, and jetted off to work…yes, work, where I went directly into the bathroom and took it before even entering the office. This test though was a good test and I knew it wouldn’t fail me like the last. So I sat there and waited…and saw…A POSITIVE. Holy crapballs, I was really pregnant…without even trying. I was elated.

Clearblue, at CVS, makes a test now that not only confirms pregnancy, but can tell you how far along you are. That would be HUGELY helpful for me, like many other women, who were initially surprised by the news. 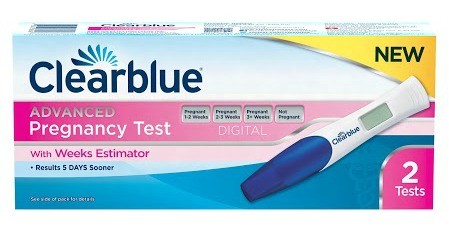 I know that’s one of the first things I wondered…WHEN? How far along am I then? And then you have to wait for the Doctor’s appointment, weeks later, to confirm your happy news and decide when you’re due, if you don’t know for sure already. Clearblue can now help with that! How great, right?! 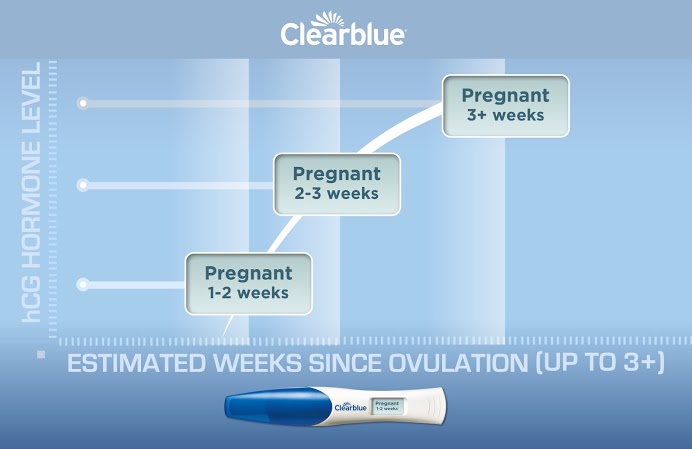 You can find the new Clearblue Weeks Estimator at CVS.com or at your local CVS Pharmacy–it’s over 99% accurate and 93% accurate in determining how far along you are! It’s the FIRST AND ONLY test of it’s type available in the United States! And to think, there was a time when you didn’t even know what gender your baby was until it was born!

Finishing up my story…

I sat there all day at my desk with a giant grin on my face, unable to decide how to tell my husband. So I texted him asking when he was getting off work. He told me, asking why, and I told him I had an early Father’s Day gift I couldn’t wait to give him. So he starts playfully texting back asking what it was, did I make it (a natural question to ask a craft blogger), was it something he’d asked for? I told him, well…yes, I guess I did make it and yes, it’s something you’ve been asking for for a while now (tee hee hee…I’m thinking I’m being all coy). He writes back…”ARE YOU PREGNANT?!” and before I can respond texts me again, “No, there’s no way you’re pregnant…what is it then” to which I text him a photo of my pee stick in the women’s bathroom LOL. Nothing says I’m pregnant and “Surprise” to your husband like a pee stick bathroom photo.

Obviously, he was thrilled. It was a REALLY exciting day for us and I’d always hoped we’d have a surprise pregnancy at some point. It took us about 6 months to get pregnant with our son, so not having to go through that again (which I know is NOTHING compared to what some people do to conceive, but it’s still trying) was great.

Our family is thrilled and we found out a few weeks ago we’re expecting a little girl! So get ready for a nursery reveal soon! 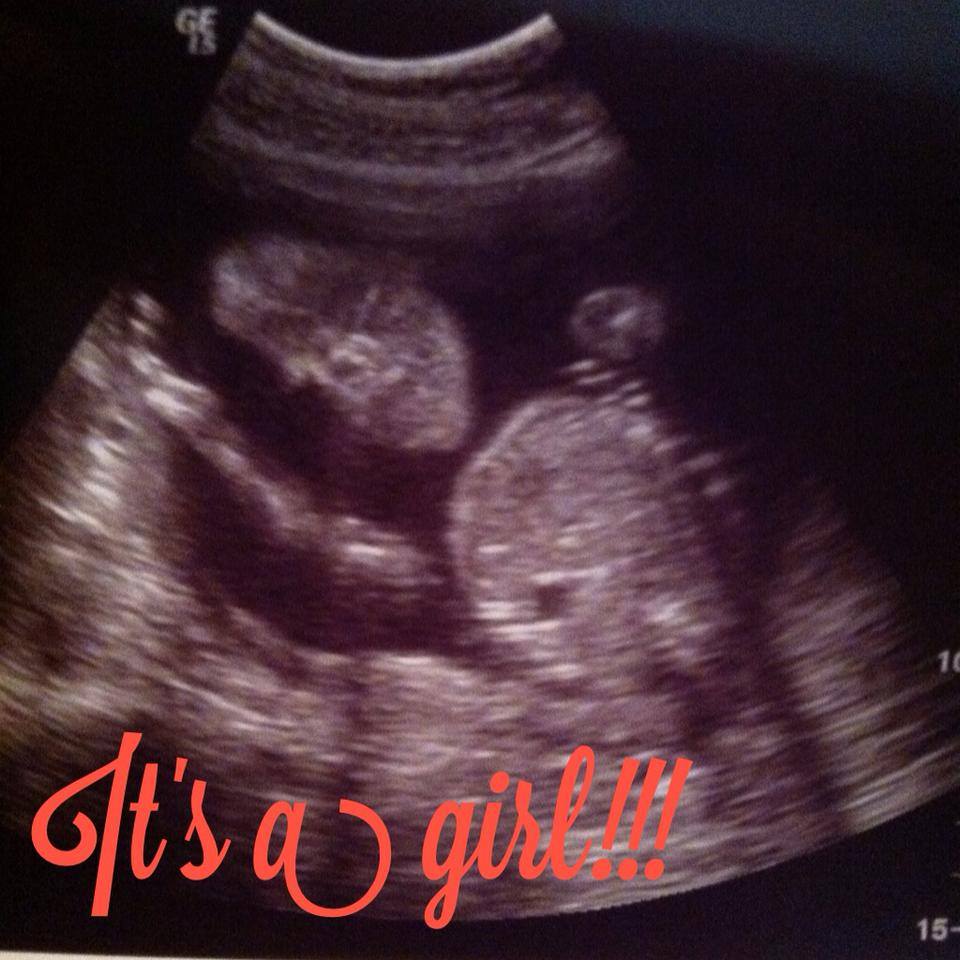 I was selected for this opportunity as a member of Clever Girls Collective and the content and opinions expressed here are all my own.

Get the latest delicious goodness straight to your inbox! 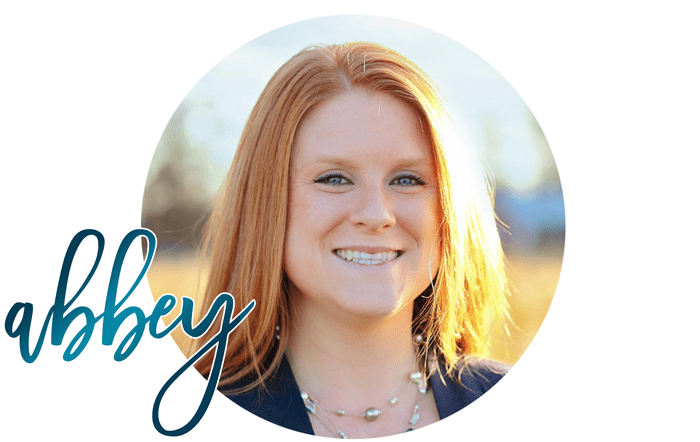 Hey friends! I'm Abbey and I'm happy you stopped by! I'm from Ohio and love all things crafty, colorful, and fun. Visit HERE to learn more about me and my site.